By Daniel WolfendenJuly 18, 2018 No Comments

To celebrate upcoming National Spa Week, 10th-17th September, we’re looking at how spa culture has permeated & developed around the world, creating a rich tapestry of wellness treatments & traditions that inspire us to this day. From religious ceremonies to medical treatments, boiling steam to freezing lakes, the range & diversity of what came to be spa therapy is an amazing, rich tapestry.

It’s true to say that elements of what we now know as spa culture have been around almost as long as human culture itself has existed. There are few civilisations that haven’t utilised one or more dimensions of what we today would term wellness, and fascinatingly, many regions and cultures appear to have developed their own forms of this independently, leading to a diverse array of international methods & styles of treatment. Thanks to the rich & varied heritage of therapies & treatments, today there exist many, many sources on which modern spa designers can draw when creating a spa therapy experience. While the purpose of today’s treatments have often changed almost beyond recognition compared  to their ancestors’, the spiritual, health & revitalising benefits of controlled water, steam, temperature and massage treatments you enjoy today are all derived from the experiences that first captivated people many centuries ago.

The origins of wellness as treatment: a global phenomenon & a rich tapestry

Of all the ancient cultures who have influenced our modern world, the ancient Greeks were perhaps the most innovative. Because many of their successful ideas were adopted and taken forward by the Romans, and subsequently revived in the Middle Ages & renaissance, there have many areas of Western civilisation built on foundations laid in classical Greece. One area where Greek curiosity was unbounded was in the area of the natural world, and in particularly of the human body & health. The early discovery of the benefits of bathing and massage inspired some of the brightest minds of the classical Greek world, including Hippocrates, who advocated it for the maintenance of health & wellbeing. Later, such was the stock that the Romans placed in the wisdom of their Greek forebears that they adopted widespread bathing in every town, building baths in every town and city they established across Europe and beyond- it’s from this term, balneum, that we take the modern term for the archetypal spa treatment of water and massage- balneotherapy. Pioneers of massage, water therapy and social bathing, the ancients were driven by a keen interest in keeping the body in balance, a fascination inherited by subsequent generations. 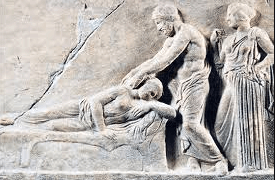 Thanks to its unique, volcanic geography, the Japanese landscape features an abundance of natural hot springs, which over time have evolved to become a central part of relaxation wellness culture. Unlike other parts of the world, however, the spa treatments in Japan’s hot springs, or Onsen, were so widespread and popular they became amalgamated into the wider hospitality tradition, growing into just one dimension of the Ryokan, or inn, guest experience- a tradition that also features other important aspects, such as traditional food and dress. For centuries, the Ryokan inns were typically used by travellers on the road as temporary accommodation, though today they are more popular either as more typical tourist hotels or as spa retreats. The popularity of the hot spring Ryoken endures, and they’re some of the oldest trading establishments in the world, with one, the Nisiyama Onsen Keiunkan, the oldest hotel still in operation- having remained open, under the same family, since 705AD. Indeed, the top 3 oldest businesses (not just hotels) in the world that remain unabsorbed by larger firms are all hot spring Ryokan, once you add the Hoshi Ryokan (717AD) and the Koman Ryokan (718). That’s almost four millennia of continuous operation between them- speaking to the lasting enthusiasm for hot spring treatments in Japan. It’s important to note the difference, however, between an Onsen bath and a Sento bath, a communal bathhouse used for more utilitarian washing as well as socialising, using heated water rather than natural springwater. 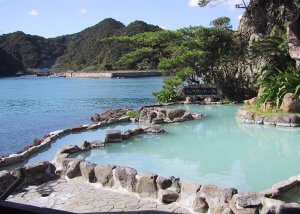 Perhaps more influential in the West than any other feature of wellness culture, Turkish baths, or Hammams, were a variation of Roman bathing adopted by the Islamic world after the old Empire retreated East to Constantinople, eventually becoming the kingdom of Byzantium. It was here that the tradition of relaxed public bathing was incubated after the Middle Ages, and across the Middle East, North Africa and Eastern Mediterranean, religiously-inspired cleansing rituals (such as before and after prayer) helped the hammam become a fixture of urban life. Damascus alone is claimed to have once had 365 hammams. These often magnificent, intricate structures were built across the Arab world from the dark ages through until the enlightenment, and although their social, religious and even business role developed as the politics of the region shifted, their popularity never waned and many still remain open today. The Turkish bath was eventually exported, with impressive buildings reaching Eastern Europe, Pakistan and India by the end of the 1500s. 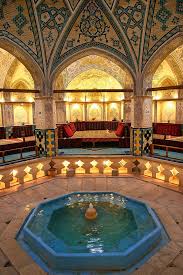 Though varying by region in precise details, such as wet or dry steam, or smoke, and sometimes culminating in an icy dip in a lake, the northern hemisphere developed a rich tradition of heat treatments from ancient times. Though possibly originating from the freestanding, heavily insulated smokehouses used to cure meat that were widespread, the exact discovery of saunas and steam treatment for wellness in Russia & Scandinavia remains shrouded in mystery. Written references to the first observations of these activities are recorded from the 900s onwards, although it’s certain that the practice was already well established by this time. The culture of wellness is perhaps richer and stronger in Eastern Scandinavia in particular than in any other part of the world- many Finns, Swedes and Estonians’ free time revolves around using the sauna, and cold lakes often feature as a final ‘cooling off’ treatment at the end of the treatment. 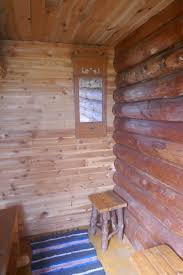 The religious significance of the wellness experience is by no means a consistent characteristic across the world, but in Native American tradition it is perhaps the most pronounced. A steam, rather than smoke or hydrotherapy treatment, the sweat lodge ceremony remains a closely controlled (though often imitated) purification ceremony, or Oinikiga, where highly qualified priests lead proceedings. In Lakota culture, the sweat lodge, or Inipi, is a wooden structure covered with hides, while elsewhere in the Northern United states the structure may be more permanent. The sweat lodge ceremony existed across Aztec & Mayan Central America, too, with the temazcal, a small, domed, stone structure that was home to a similar spiritual ceremony, led by a shaman. As with the sweat lodges of North America, these features hot, igneous stones being brought in from a sacred fire outside, and splashed with water, gradually increasing the temperature. Unfortunately, many companies exist today imitating the sacred sweat lodge ceremony, but lacking the experience or knowledge to manage these dangerous procedures safely, there have been several deaths in the USA from improperly managed, imitation ‘sweat lodges’. 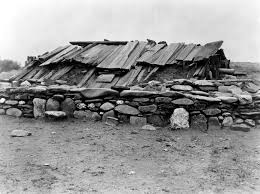 The persistence and popularity of hydrotherapy and heat therapy around the world, in cultures that have existed with limited or no contact between one another, ensured its revival worldwide once travellers began to encounter them. The long history and varying bathing traditions around the world captured the imaginations of Western Europeans, who began establishing their own versions once they returned home. Hot spring treatment centres sprang up around Britain, in places like Buxton, Bakewell, Bath and Droitwich Spa. Elaborate Turkish Baths were built across the country, based on the Hammams of the Middle East that had so captivated visiting European aristocrats, sometimes utilising water believed to have special properties, such as in Harrogate. Driven in part by the Victorian fascination with exotic Eastern treatments, and in part by the desire to fight disease through better cleanliness among the urban poor, initiatives were set up that saw wash houses constructed for everyone from the richest gentry to the poorest worker. Often built in the Roman or Byzantine style, these impressive buildings can sometimes still be seen, although unfortunately few retain their original purpose. These days, however, a more holistic view of wellness treatments exists, allowing spa service users to enjoy a wide range of treatments that adopt the best traditions from around the world, ensuring that the wellness experience you enjoy today can offer more than ever before.